PANDAS was one of, if not the preeminent clans on Rusty Bottoms prior to the arrival of BMW. Their members were mainly Euro/Asian and raided either early morning or afternoon, giving them an edge against American clans.

On the afternoon of May 30th, 2015, PANDAS launched an all out assault on the fledgling DREADFORT (Still only on its 3rd revision). Given the time of day, BMW was operating purely on a skeleton crew. Taylor Swift, Prude, and a few other Bimmers were present and attempted to repel the invaders, but all for naught. 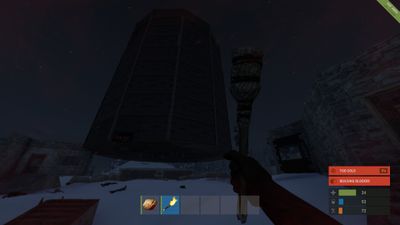 DREADFORT post-raid, without foundations floating in the air.

However, the most current version of Rust didnt not have complete asset physics. So, even if a bases foundations were completely destroyed, the base wouldnt fall until a server restart when the physics would run a check. PANDAS quickly began contacting Moegex to try and get him to run a server restart, while BMW killed the remaining attackers and began a race against the clock to replace the DREADFORTS foundations. Thankfully, there were several points of reference for where to replace the foundations, and within the hour, it was completely repaired. Just as the repairs were complete, Moegex logged in and ran a restart. The DREADFORT survived, and PANDAS cried about how unfair it was. 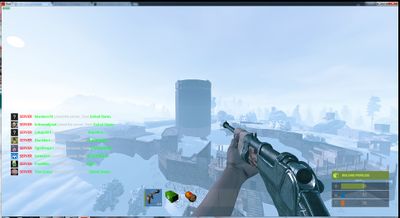 The repaired DREADFORT. Note the stone walls and foundations against the rest of the armored base.
Retrieved from "https://wideboys.org/index.php?title=PANDAS&oldid=5787"
Category: