BEEFYTV (Previously WTTV) was the official "television station" for the WIDEVERSE. Predominately used for movie nights, BEEFYTV become a staple in WIDEVERSE culture and its creation marked the recovery from The Great 2017 Slump. BEEFYTV enjoyed years of success, before being shuttered in late Summer of 2021. WIDE TV would later replace most of its original functions. 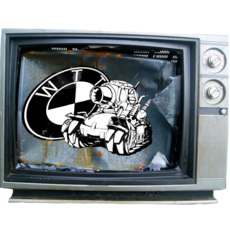 As part of the early 2018 efforts to revitalize WTT, Peaches floated the idea of a weekly movie night as a means to unify the community. Ideas were brainstormed on how to go about it, with Rabbit and Ustream being floated as options, along with Cytube and Vaughnlive. Taylor came up with an overly ambitious idea to have it run 24/7 with news and random shows in the time between scheduled movie nights, however this would prove eventually to be largly unfeasible, at least at the time. Rejdukien eventually would set up a Cytube and on March 3rd 2018, the first Saturday movie night was scheduled with a viewing of the 1974 Blaxploitation film Boss Nigger.

On April 4th, Wednesdays were designated as the anime movie night, with an airing of Jin-Roh. A few days later, on the 8th, WTTV would have its first live event with a stream of Wrestlemania via Ustream which peaked at 800~ viewers.

After the Wonka Uprising, in a move of pettiness, Rej, as the creator of the Cytube, would deface it with Goatse and a butthurt message about Taylor bullying him. The channel was moved from r/WTT to r/WTTB with very little incident. The original remains up as a reminder to their stupidity and high school level antics.

With the beginning of BMW 3.0, movie night was expanded from just Saturdays to Fridays and Saturdays, with comedy and drama movies respectively being the fare. Anime Wednesdays were continued, as well as the first Friday of every month being a Bad Movie Night, airing such classics as Freddie Got Fingered. Towards the end of the year however, movie night was moved back to just one night to avoid interfering with Game Nights.

Also, more live content was introduced with streams of football, wrestling, and LivePD via VaughnLive. 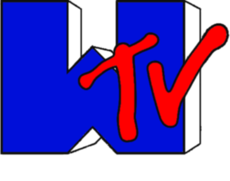 WTTV logo in the style of retro MTV logo by Jack used before 2020.

After Taylors Abdication, Movie Night as well as game night temporarily fell to the wayside as new management took over. However, in the beginning of June, Alex reintroduced calendars and movie night was reborn, along with the return of WEIRD WEDNESDAYS and the post movie late night Toonami viewing, WTTV was back in full swing.

The start of football season took movie night and anime night into hiatus again, but as of October, initial plans were put into place to bring it back, potentially via Discord live streaming.

In December of 2019, WTTV was brought back via Vaughnlive, showing the full slate of College Football Bowl Games, along with holiday movies and the annual Die Hard viewing on Christmas Eve.

In 2020, movie night was brought back on a monthly basis, starting in February with Ad Astra. With this revival, WTTV focused on newer and more modern movies as opposed to old classics or meme movies.

BEEFY TV logo used as the digital on-screen graphic for the stream.

On February 4th 2020, BEEFY BOYS started a dedicated Vaughn channel in the lead up to the 2020 Elections to provide streams of major news outlets for the bigger events of the election cycle, starting with the 2020 State of the Union Address. The decision was made a day later to merge all of WTTV into the BEEFYTV brand, to ease production and streaming. The new branding promised to provide 24 hour coverage of all things of interest to Bimmers, finally bringing about a vision had by Taylor since WTTVs founding. The all day coverage would integrate all of the existing portions of WTTV in along with daily Taylor Twitch streams as well as news and political coverage.

February 8th, BEEFYTV began covering weekly coverage of the 4 weekend games of the XFL. On March 8th, BEEFYTV began 24 hour broadcast with old footage of COMMUNISM, COMMIE CREW, GAY, BMW, WTT, and Wideboys VODs. In addition, 3 days later on March 11th, WEIRD WEDNESDAYS was brought back. A season after it was intended to begin, the ANIME POWER HOUR began on June 21st, intending to show seasonal animes weekly. The first 3 weeks leading up to the new season in July were spent watching anime movies (Escaflowne, Konosuba, and Tamako Market respectively).

During the week of September 28th, however, BEEFYTV went into a brief hiatus. It returned on October 2nd with regularly scheduled programming. This was short lived, and BEEFYTV entered a second hiatus until Christmas Week with 2 movie marathons and the annual Die Hard viewing on Christmas Eve Night.

During the Fall hiatus, technical difficulties plagued the BEEFYTV studios. These were not resolved until January 3rd, preventing most college bowl games from being aired.

Coming off the Fall hiatus, BEEFYTV underwent a few changes, mostly involved WEIRD WEDNESDAYS. Specifically, the block would be changed from strictly Art Bell archives to instead being a weekly 2 hour block of horror, sci-fi, and fantasy programming, including retro shows and contemporary movies from those genres. Monthly Art Bell Archives would also be added to rotation, albeit less often.

In the early hours of the 26th, a power failure hit the BEEFYTV studios. As systems were brought back online, it was found that the primary broadcast server for BEEFYTV, ROBIN-SERVER, would no longer POST. An emergency unit was put in place within 8 hours, resuming the broadcast, albeit at significantly reduced capacity.

As a result of this extended outage, several contingency plans were put in place to prevent future incidents.

After BEEFTYV3 was banned from Vaughn for airing Super Bowl LIV, plans were began to make several more changes to BEEFYTV.

Phase 1 of a technical overhaul of BEEFYTV began on February 11th with both a dedicated URL for the channel, as well as a movement to a new streaming service. Further proposed changes for 2021 involved increased stream quality made possible by the new server, ROBIN-SERVER II, and increased internet speeds at the BEEFYTV Studios.

On July 15th of 2021, after a several week state of hiatus due to renovations at the BEEFYTV studios, the channel went into indefinite hiatus due to declining network quality.

On August 25th however, BEEFYTVs fate was finally decided. With lack of required bandwidth until 2022 at the earliest, and the repurposing of the channels servers, BEEFYTV was officially shut down.