Friendcraft was a series of Minecraft servers hosted by Shelarahn for Friend Zone in 2012 and 2013.

The first iteration of Friendcraft was launched in December 2012. It ran on Tekkit 3 and featured a small spawn built by Vitaminwater.

The second version featured the long time map of Shelarahns, Southland. THe map ran from December 2012 to January 2013. 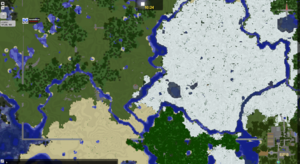 The third Friendcraft went back to using Tekkit, and is featured in the video promo seen below.

The short lived 4th version was also on Tekkit, it was a continuation of the 3rd version after an accidental wipe due to billing with Beastnode.