The Sauce Affair was a multi-month long campaign by The Sauce against WTT as part of an elaborate revenge scheme, specifically in response to perceived slights over the last 20 years by Taylor Swift. The affair ended in Sauces banishment from The WIDEVERSE.

Sauce and Taylor met at some point in 2002 via AIM, and bonded over their mutual love of the game, Runescape. However, from the very start, the friendship was rocky as The Sauce and Taylor frequently would fuck with other people as well as each other, though rarely openly. Such examples of covert fuckery would be Sauces yearly "hacking" of the groups website via the alias "Alpha". Though he to this day denies it, though in 2004, the Alpha account was linked to The Sauces IP.

In 2012, after the group came back together to form Friend Zone, Sauce had a massive episode where he began turning hostile on all the members of the group, eventually leaving after many dramatic moments.

Sauce would remain slightly combative and bitter about this event for the next 7 years. 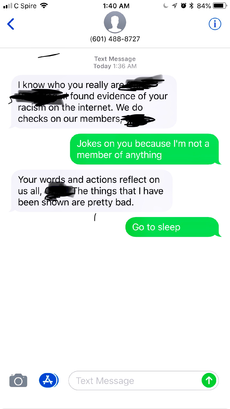 In November of 2017, Sauce while in a state of anger against BMW (for reasons literally nobody remembers, if there ever were any) and Amalilkab planned to turn the latters stream oriented discord into a BMW offshoot. The plan failed, of course, but the MO was not out of line for The Sauce, as he had planned the same thing after the Second COMMUNISM Civil War in BEEFY Boys.

In June of 2018, Taylor begun receiving weird texts threatening to doxx and harass him. Taylors first response was to assume it was Sauce, as the area code was the same and the general insanity of it was a good match. Sauce would later claim that the texts weren't him or were from Serious Overchill, a claim he would later double down on when he began claiming that he also was receiving the same texts (of course he never presented any evidence he was receiving any messages at all.)

After the Wonka Uprising, where he would frequently bad mouth WTT and Taylor specifically, going as far at one point as to accuse Taylor of sending him death threats via text. However, this would later mostly be proven to be a creation of his own doing, as when he presented evidence of the numbers he had blocked that were harassing him, one of them turned out to be a CVS Drug Store.

On March 2nd 2019, Sauce and Jack had a large argument during another of Sauces down moments that led to a week of bitterness and backbiting between the two. Jack would eventually leave, an event Sauce would later herald as a victory for himself.

The bulk of the affair transpired in the accelerating days of Clown World War I after the Siege of Lowtaxia and the The Skirmish Of Wonka Plains, when it is believed Sauce joined forces with known loser, Tempus Thales.

An investigation into the possible leak began when Sauce was tasked with a project called Wh1teh0rse.js, which was to be a module added to GDN that would spam the GDN network and do as much damage as possible. In reality, the project was more akin to the Star Wars program of the 80s. The idea was eventually mutated into Operation Overlard, in an attempt to smear Taylor. When that failed, Sauce and TT again tried to take down Taylor via chipping away his trust and inner circle. For two months give or take, Sauce was relaying information on BEEFY BOYS exploits to TT in exchange for TTs trust. However, these leaks were mostly fruitless, as the BEEFY BOYS plans went off without a hitch, mostly due to TTs complete and total incompetence. 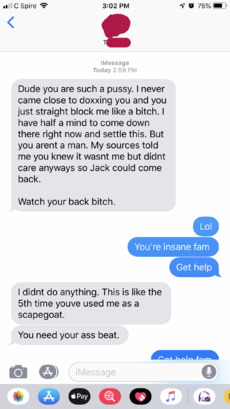 Sauce had been suspected from the beginning, but his treachery became all too clear after he attempted to frame Carpi Sun Tzu by leaking a BEEFY opsec channel and harassing Taylor via text again, this time confirming his guilt via a piece of information regarding Capri Sun Tzu that Taylor had exclusively shared with Sauce. His treason was further supported by several BMW members contacting Taylor telling him that they had found out Sauce had been leaking other sensitive information regarding Taylor to other people.

After the first intimidation via text failed, Sauce would later text Taylor directly, sending actual literal threats of violence to him. Taylor pleaded repeatedly with him to get help, because at this point it was clear Sauce was undergoing some sort of breakdown.

Rookie member, Food, who was mostly caught in the crossfire of this, attempted mediation in the hours following Sauces banning. It didn't go well, as Sauce relayed threats of violence against Taylor again through Food, who was none too happy to be party to potential illegal acts.

As a result, Sauce was deauthed in WTT and banned from BEEFY BOYS. Peaches however, would not take the action to ban Sauce, as he believed there wasnt enough evidence to directly link Sauce to the misdeeds. However, given his past and the circumstances, public opinion was heavily against Sauce and he was becoming a detriment to the groups overall health. Jack would subsequently return, leading Peaches to hit a threshold for the dramatics, and leave WTT.

The most hilarious but worrying outcome was TTs involvement, who despite positioning himself as a champion of mental health and wellness, used and exploited a person who was in the midst of a crisis to further his own goals instead of encouraging them to seek help.