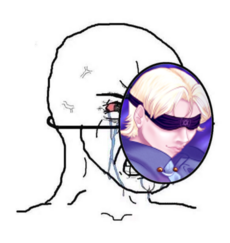 Tallgeese was a Goon from SomethingAwful, known primarily from the GBS subforum who was exiled from the forums in 2017 as the site began to shift more leftwards. Tallgeese and his crew were some of the original refugees that joined BMW as it sought to rebrand into WrongThink Tank. Recruitment boomed with Tallgeese recommending the group to many other ostracized and banned Goons, but soon came to blow with Taylor and specifically Prude when his love for traps was misconstrued somehow with paedophilia, resulting in the Goose Migration.

Afterwards, Tallgeese attempted to create a short lived splinter Discord, failing and eventually gravitating back towards the SA Discord before ultimately creating a BYOB-centric Discord.